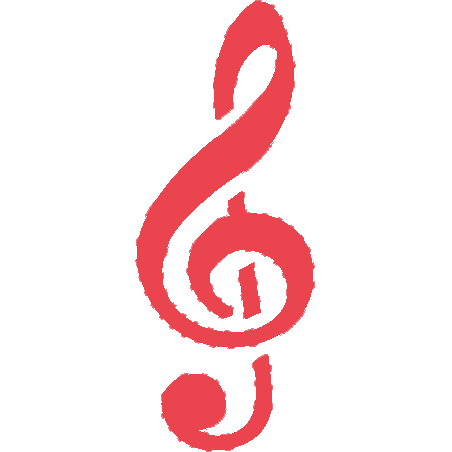 Born in Vienna, Stefan Vladar is one of Austria’s most remarkable musical personalities. He performs regularly as a conductor and pianist in music centres throughout Europe, America and Asia.

He is professor of piano in the University of Music and Performing Arts Vienna (MDW).

Christian Altenburger studied at the University of Music in his hometown of Vienna and with Dorothy DeLay at the Juilliard School in New York.

Since 2003, Christian Altenburger has been Artistic Director of the Schwäbische Frühling Music Festival whose architecturally attractive concert venues in southern Germany offer an ideal ambiance for chamber music as well as Symphony Orchestra concerts.

In 2006 Altenburger became Artistic Director of the Loisiarte Festival in Langenlois, Austria. The festival takes place in the extraordinary surroundings of the Loisium designed by architect Steven Holl.

Born in Austria, Christopher Hinterhuber studied with Alex Papenberg, Rudolf Kehrer, Lazar Berman, Avo Kouyoumdjian and Heinz Medjimorec at the University for Music and performing Arts in Vienna and the Accademia „Incontri col Maestro“ in Imola, Italy acquiring additional artistic input from such artists as Oleg Maisenberg and Vladimir Ashkenazy.

He has won numerous top prizes and honors at the international piano competitions in Leipzig (Bach), Saarbrücken (Bach), Pretoria (Unisa), Zurich (Geza Anda) and Vienna (Beethoven) among others.

A special project was the sound recording (Schubert, Rachmaninov, Schönberg) and filming (his hands) for the french-austrian movie “La pianiste” based on a novel by Elfriede Jelinek and directed by Michael Haneke, which was awarded the Great Prize of the Jury in Cannes in 2001.

He plays frequently chamber music, for example as pianist of Vienna-based Altenberg Piano Trio and piano Crossover quintett “Philharmonic Five”. He is piano professor at the University for Music and performing Arts in Vienna.

Born in Moscow in 1978 to a musical family. He received his first violin lessons from his mother at the age of four, and at the age of ten began his formal studies at the Central Music School in Moscow with Evgenia Tchugaeva. In 1991, Sorokow moved to Vienna.

He graduated with honors from the Vienna University of Music and Performing Arts in March 1994, where he studied with professor Dora Schwarzberg from 1991. In 1996 he was selected on a scholarship to participate in the Isaac Stern Workshop in Verbier, Switzerland.

Sorokow’s concert with Montserrat Caballé before an audience of 5,000 in the Arcade of Gostiny Dvor in Moscow in 2001 is one of his career highlights.

In addition to numerous other awards, Anton Sorokow received the 1st prize and the Grand Award at the Beethoven Competition in the Czech Republic in 1994 and the 1 st prize both at the Stefanie Hohl Competition in Vienna in 1997 and at the Romano Romanini Competition in Brescia in 1999.

Since 2011 Anton Sorokow is professor for violin at the University of Music and Performing Arts Vienna (MDW).

Klaus Sticken is a versatile and distinctive pianist with over 25 years of concert experience.

He performs in such venues as the Tonhalle Zurich, the Great Hall of the Tchaikovsky Conservatoire in Moscow, the Philharmonie in Kiev, the Megaron in Athens, the Konzerthaus in Berlin and the Musikhalle in Hamburg.

His successes in the Concours Clara Haskil in Vevey, the Grand Prix Maria Callas in Athens and the Hamamatsu International Piano Competition in Japan led, amongst other engagements, to concerts with the Warsaw Philharmonic Orchestra, the Orchestre de Chambre Lausanne, the Ukraine State Orchestra and the Berlin Symphonic and Moscow Symphonic Orchestras. His creative engagement with piano music is well displayed in the theme-based recitals for various radio stations, the Deutschlandradio, Radio Suisse Romande and Westdeutsche, Mitteldeutsche and Hessische Rundfunk and others.

Klaus Sticken is professor of piano at the Music and Arts University of the City of Vienna.

Born in Mannheim. After studying in Salzburg and Vienna, in addition to various chamber music formations (Walderdorff Trio, Gemini Quartet, Beethoven Ensemble Vienna, Florestan Trio, Trio Grande), the “writing cellist” worked for 30 years as a freelancer with the Vienna Philharmonic and in the Orchestra of the Vienna State Opera, where he played with the greatest conductors, from Herbert von Karajan to Carlos Kleiber to Christian Thielemann.

At the personal invitation of Sir Georg Solti in 1995, he became a founding member of the “World Orchestra for Peace”, whose direction was taken over by Valery Gergiev after the death of the great Hungarian conductor. His encounters with the greatest conductors, some of which took place on a very personal level, inspired Schoettle to write a book on the history of conducting (“Gods in Frack, the century of conductors”, Bibliophile Edition, 2000).

Lidia Baich is considered to be one of the most versatile violin soloists of our time. She fascinates the audience with her intense musicality and interpretation all over the world.

The Austrian born in St. Petersburg received her first violin lessons from her grandfather at the age of four. Then she studied with Prof. Boris Kuschnir in Vienna. At the age of eight she won her first international competition, which was followed by numerous other first prizes. Her extraordinary musical performance finally brought her victory at the Grand Prix d’Eurovision and the award “European Musician of the Year”, presented by Lord Yehudi Menuhin, when she was sixteen.

Lidia Baich has made guest appearances at festivals such as the Wiener Festwochen, the Salzburg Festival, the Dubrovnik Festival, the Moritzburg Festival, the Jerusalem Chamber Music Festival and the Johannesburg Mozart Festival. She also played at the tenth anniversary of “Pavarotti and Friends” in Modena.

At the Komische Oper Berlin she once again showed her musical and artistic versatility in a successful joint production with the Staatsballett Berlin.

CD’s by Lidia Baich have been released under the Deutsche Grammophon label.

She was a juror at renowned violin competitions such as the Menuhin or the Eurovision competition and is a professor at the Music and Art University of Vienna (MUK).

Lidia Baich plays a violin made by Jean Baptiste Vuillaume in 1860.